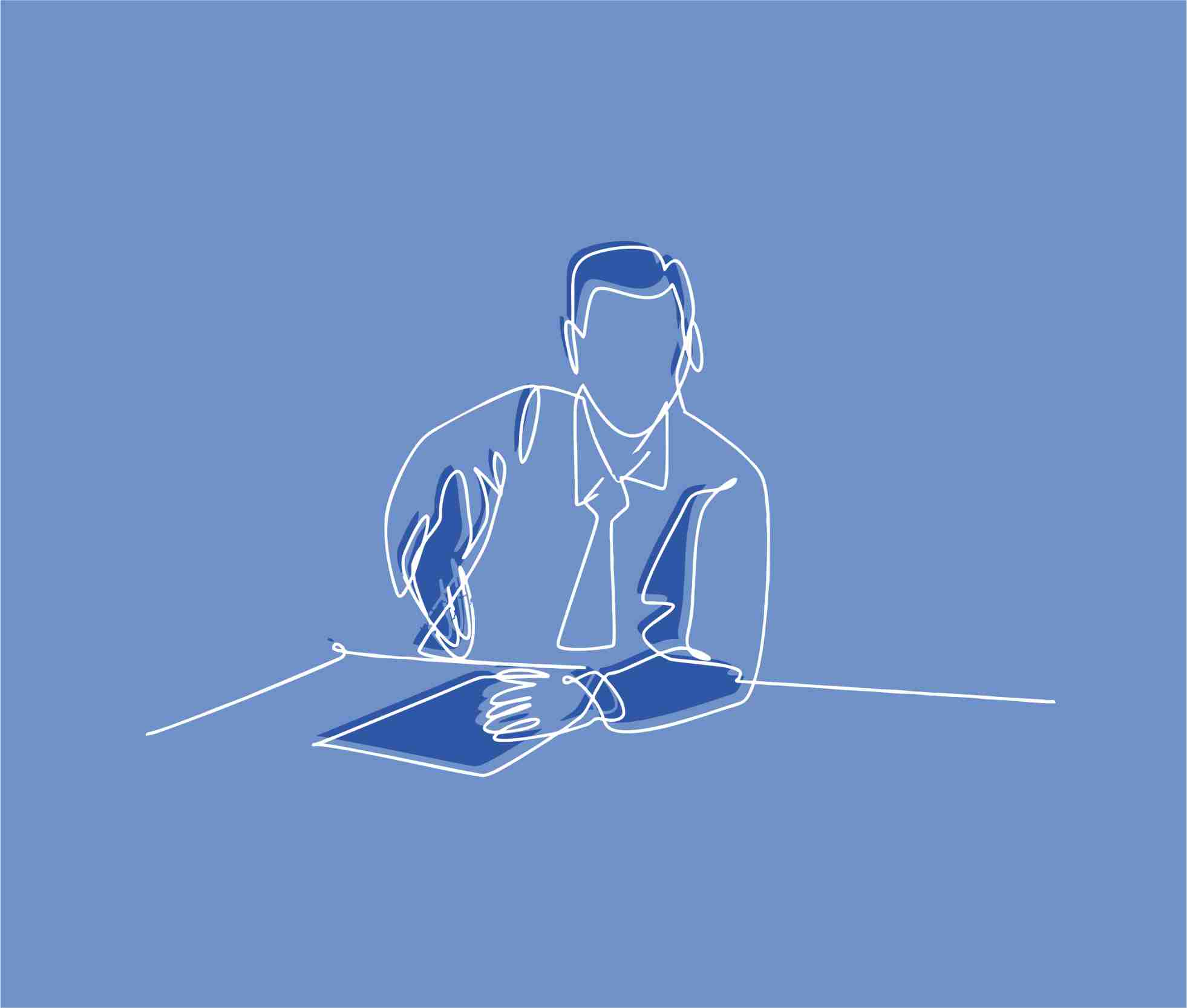 An employment relationship is characterised by happiness at one point and grievance at the other by both parties. When the employer is not happy, they take the disciplinary procedure. On the other hand, when the employee is unhappy with the actions of the supervisor or senior Management, they follow a grievance procedure. This article examines grievance handling in organisations. It is a well-known fact that if employees’ complaints are not attended to, they grow to become grievances which, if not handled effectively, would mature into full-fledged disputes involving trade unions and strikes. This post starts with clarifying the major concepts before looking at the causes of grievances and the processes involved.

Meaning of complaint and grievance

A complaint may include a problem or misunderstanding with a supervisor, a disagreement with the rating or content of one’s performance appraisal, among other things. An organisation must have a transparent system of raising employee complaints without fear of prejudice or deprivation from superiors. This promotes democracy in the workplace and improves employer-employee relations. A formal procedure must be adhered to in raising complaints to encourage fairness and uniformity in handling these complaints. On the other hand, a grievance is any dissatisfaction regarding work and workplace filed by an employee formally to their immediate supervisor (Rose, 2004). Issues of grievances are generally associated with dissatisfaction among employees related to working procedures, working facilities, confusion on provisions stated in the company’s policy, and the violation of provisions in the terms and conditions of employment stated in the collective agreement. Salamon (1992) says a grievance involves unresolved complaint and, in most cases, do affect several employees. Immediate supervisors are responsible for settling the grievances as they are the nearest personnel representing the managerial team.

The grievance redressal process provides a systematic process for hearing and evaluating employee grievances. It also protects the rights of employees and eliminates the need for strikes every time a disagreement occurs about the employment contract. Its goal is to help employees perform better. Thus, grievance handling procedure is more than a means of managing conflict; an understanding and effective use of the system may, according to experts, improve the labour–management relationship.

The grievance redressal process is a procedure specified in a collective bargaining agreement to resolve disputes arising out of the life of the contract. According to Sean (2009), the grievance procedure has four primary roles: a compliance role, a judicial and adjudicative role; an administrative role; and a ‘fractional bargaining’ role. According to Sibanda (2000), grievance procedures are a means workers can express unhappiness with the employer’s deeds or other employee’s actions. The grievance redressal process also assumes several secondary roles, including; The mechanism for the expansion of relations between the parties; Union tactics to force management for strategic purposes; A diagnostic tool to uncover problems in the workplace; A mechanism for individual employees or union officials to challenge management in a range of working conditions; And a forum for communication of information. Thus, employees initiate the grievance process to their employer. Union representatives can also create, file or present grievances, either about their rights as unions or regarding the rights of employees, whether collective or individual.

The following are the stages for handling grievances:

Strengths of a grievance procedure

According to Coleman (1990), the grievance procedure helps settle differences of opinion. From the workers’ perspective, the grievance procedure reduces pressure and anxiety, enables them to complain about dignity and protects them from arbitrary actions of Management. In addition, when the system is capped by binding arbitration, it reduces the threat of slowdown and wildcat strikes because disputes can be resolved without resorting to costly and often unlawful actions. Dubin (1965) further says that grievance management standardises or reduces conflict between Management and union in non-violent ways and provides another benefit by arguing that it gives the subordinate a right and not merely an opportunity to question their supervisor’s judgment decision. There are numerous advantages to an employer and an employee if disciplinary procedures are followed and adhered to consistently. Gerger (1998) provide some of these advantages. It contributes to the stability of the workforce; labour turnover is minimised, and it promotes productivity. Besides, it is advantageous to an employee because arbitrary dismissal is avoided, and those in a position to dismiss employees have a strong sense of responsibility and, therefore, ensure a fair disciplinary process. Lastly, employees need not automatically distrust every manager and dismissal and corrective measures. Again, indiscipline is managed properly because mismanagement of disciplinary cases induces numerous problems like high labour turnover, demotivation of staff, loss of trust in Management, reduction in production, and increased chances of indiscipline.

From the above benefits, it is clear that the employees must be accorded all the necessary opportunities to air out their complaints of issues that create great concern and uncertainties. Besides, the procedures assist managers to understand subordinates’ complaints and responding to their time before they escalate to uncontrollable levels.

Challenges to the grievance procedure

The significant weaknesses relate to cost, both in money and in time. The complaint handling process is costly and disruptive as production is disrupted when the complainant and supervisor are fired from their regular jobs for participating in the process. According to Stessin (2007), the grievance handling process has lost much of its virtue, neither economical nor quick nor flexible nor informal. The evidence is that the system has succumbed to the rise of rigidity and is often incorrectly designed to serve as a quick means of resolving disputes between workers and bosses. From the employee’s perspective, the most significant weaknesses may be the delay in processing the grievance and the cumbersomeness of the process itself, both of which may discourage employees from using the grievance process.

The most commonly faulted aspect of the grievance process is the presence of third-party, binding arbitration, which puts limitations on the rights of Management. From the union’s perspective, it may mean some loss of control over workplace issues. Thus, collaboration and Management must surrender their “ownership” of the case to an outside third party. In some instances, moreover, the point of binding, third-party arbitration may be detrimental to harmonious employments relations.

There is a tendency by Management and employees to create an obstacle to the grievance handling process. According to Ross (2009), differing expectations that the various stakeholders have for the process bring the greatest challenge to the grievance procedure. Suppose these expectations are diverse or severe enough. In that case, the effectiveness and utility of the grievance handling procedure can be undermined because the parties may ultimately lose respect for the process.

Employees expect the procedure to provide a speedy resolution to the grievances of the workplace. Yet, this expectation may conflict with that of Management, who must concern themselves with precedent and prefer a consistent and careful examination of the issue to a quick decision. Moreover, employees expect the grievance process to provide the right to protest and protection against unfair managerial action and therefore expect an appeal function that provides access to decision-makers not initially involved in the issue or decision. Yet this can conflict with the expectation of Management because it may be interpreted as a threat to their authority (Thomson, 2009)

Some grievances handling problems are caused by managers and supervisors who lack essential people management skills such as communication, leadership, conflict management, counselling, decision-making and discipline. The handling of grievance is a skill that is trained or that one possesses to complete the cycle effectively and efficiently. The workers’ representatives also need to be trained in the grievance handling process for substantive and procedural issues. The failure may result in mishandling of cases with courts ordering reinstatement of individuals, creating a lousy labour relations environment, negatively impacting the organisation’s image.

Employers also face the challenge of failure to handle grievances promptly, somewhat and firmly and without delay. The delays result in labour unrest or more workers breaking and lodging grievances culminating in problems or strikes, which would not have emerged if the workers knew quickly where the employer stood. Workers gain confidence in the system if their grievances are handled fairly and firmly. The delay could also result in: resentment growing into a bigger problem, employee motivation going down, and supervisors might be seen unconcerned with the employee’s welfare.